Insurance is there to help provide a financial safety net when life takes an unexpected turn, but insurance companies may behave badly. Insurance companies sometimes deny valid claims, fail to effectuate a prompt and fair settlement when liability is reasonably clear, or seek to use its larger resources to delay until a more favorable outcome may occur for them.

Whether you’ve been the victim of an auto accident, a fire, or have a dispute with an insurance company for health insurance, property damage, or business interruption coverage, you expect your insurance company, or that of the individual who was at fault for your accident, to step in and offer reasonable coverage in accordance with the terms of the policy.

Unfortunately, that isn’t how the process always unfolds. It is not uncommon for insurance companies to engage in illegal “bad faith” tactics that are designed to save the company money, but it causes considerable financial harm to the person who has been injured. If you think you have been the victim of bad faith insurance in North Carolina, California, or New York, contact our dedicated insurance bad faith lawyer for immediate assistance at (888) 988-6613 to arrange a free and confidential legal consultation today.

What Types of Acts Could Be Considered Insurance Bad Faith?

This is a prevalent and strong bias in favor of finding a duty to defend an insured person. However, despite this duty, insurance companies often attempt to disclaim coverage and engage in other money-saving practices that may constitute bad faith actions which violate the insurer’s duty to its policyholders. These bad faith actions can include, but are not necessarily limited to, the following tactics and practices:

What Types of Damages Are Available for a Bad Faith Insurance Claim?

While the exact types of damages, or compensation, available in a bad faith insurance claim are dependent on the facts and circumstances that are present, there are some general principles that are true in most cases.

First, because bad faith insurance claims typically involve intentional conduct, punitive damages are generally available and verdicts can result in large punitive damage awards. Furthermore, because the concepts in a bad faith insurance case are often complex and dependent on what the jury believes about the insurer’s goals and state of mind, damages can vary widely. However, our insurance bad faith attorney has designed a trial work-up process to present your issues to a jury in a way that is easy for them to understand and identify with.

Tien Law Firm handles insurance litigation issues, such as bad faith insurance, strategically and aggressively. If an insurance company is attempting to play hardball with you, our attorney has seen similar tactics in the past, and can fight for you and stand up to the insurance company and its lawyers. We are here to uphold your rights and protect your best interests.

At Tien Law Firm, we take a case-specific, detail-focused approach to all litigation so as to improve the likelihood of a favorable outcome for our clients. While we are always willing to consider a reasonable settlement offer, we are also prepared to take a matter to a jury trial if settlement is not in our client’s best interest.

Do not struggle against an insurer who is acting in bad faith without dedicated legal support on your side. To schedule a free legal consultation regarding your North Carolina, California, or New York insurance bad faith matter, call Tien Law Firm at (888) 988-6613 today. We will keep your information confidential. 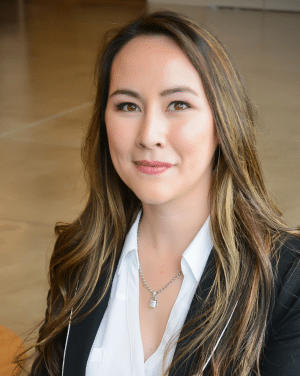