We are pleased to announce that Sonya Tien negotiated and obtained a pre-litigation underinsured motorist settlement from National General for personal injuries sustained by our client, M.T.

The Nash County crash was caused by a drunk driver that crossed over the center line to cause a head-on collision with our client who was seriously injured, including, an eye injury, leg injury, and neck fractures. The collision occurred in Nashville, North Carolina on North Clarendon Drive coming from East Washington Street going towards Eastern Avenue. Tien Law Firm first secured a policy limit settlement from the at-fault insurer and then negotiated and obtained a second settlement for our client, including reimbursement of his lost wages sustained on account of the collision. 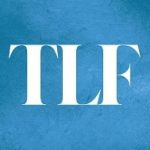